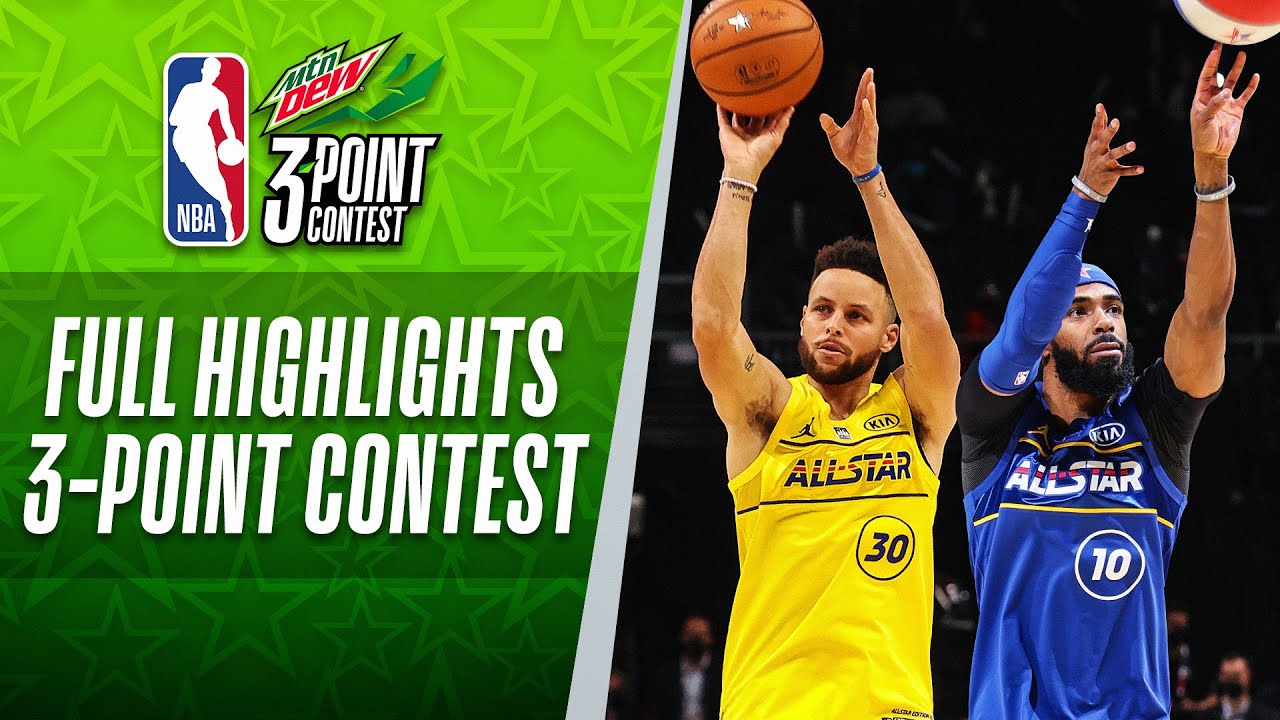 Check out the best of the 2021 #MtnDew3PT​​ Contest + Stephen Curry sinks his final moneyball to win, with a score of 28.

For the NBA fans and supporters, ya’ll can skip all this context and go straight to the video highlights below. For others who may not be familiar with the NBA 3-point challenge, or our international supporters, read below to get a quick breakdown of what it’s all about.

In the NBA 3-point contest, players attempt to sink as many shots as possible from five different positions behind the three-point arc in one minute. Players start shooting from one corner of the court, going from station to station along the three-point arc until they reach the other corner. At each shooting station is a rack with five basketballs. Out of the five balls, four of them are worth 1 point (the standard orange Spalding game balls) and the fifth one (a red/white/blue color, often nicknamed the ‘money ball’) which is worth 2 points.

A perfect score used to be “30”, but In 2014, a rack consisting only of “money balls” was added. Money balls could be placed on any of the five spots of the player’s choice, which would increase the max. possible score to 34 points. As of 2020, two additional Mountain Dew shots were placed on each side of the top of the key, worth 3-points each. This again increased the max. possible score to 40.  The time limit was also increased from 60 to 70 seconds.

Long story short, the goal sink as many 3-pointers as you can!

Check out the full highlight below, plus Stephen Curry receiving the 2021 Champion trophy. Gotta respect the shooter!