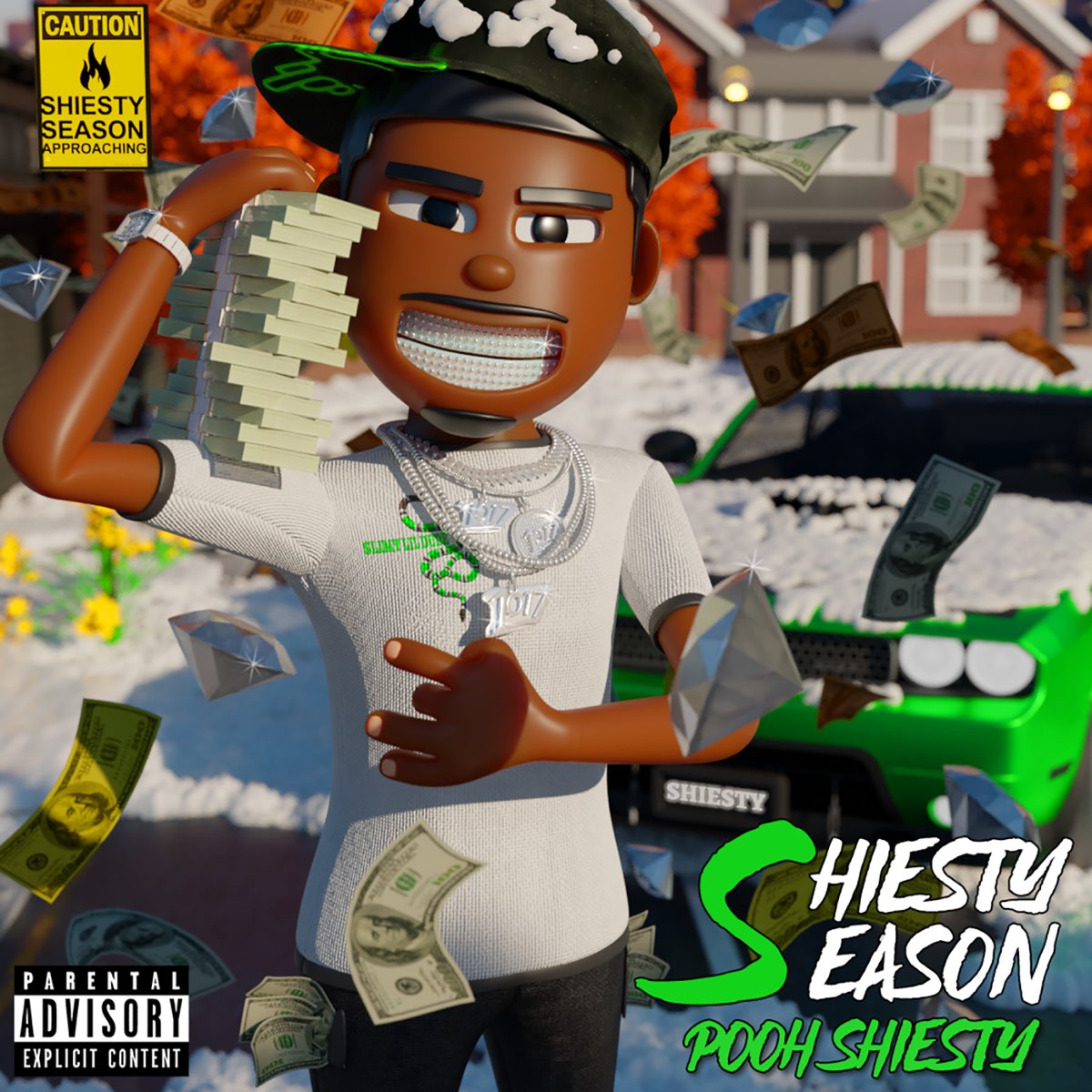 Download or Stream the debut mixtape from Pooh Shiesty called "Shiesty Season". It was released in February 2021, under Atlantic/1017 Records.

The debut mixtape from Memphis, Tennessee rapper Pooh Shiesty is out now. The mixtape is called “Shiesty Season” and was released in February ’21 under Atlantic and 1017 Records. The project includes hit songs like Twerksum, Back in Blood, Ugly and Neighbors. With features on the mixtape from Lil Durk, Big30, 21 Savage, Veeze, Foogiano, Lil Hank, Choppa Wop, Tay Keith and Gucci Mane. There’s 17 songs on “Shiesty Season” with an approximate run time of 49 minutes.

According to the rapper, he switches it up a lot, trying to give us songs from every genre. In an interview with Zane Lowe, he said:

“You getting Big Shiest on this mixtape — I’m touching on all categories. Expect me getting versatile. It’s lit. You can expect some big features, shooting a video to every song on there. We’re going all the way up”.

“I got big features, big producers on here and I got my main producers I been rocking with”. – Pooh Shiesty

Don’t forget to support Pooh Shiesty by downloading or streaming “Shiesty Season” below and by following him on his Social Networks. If you enjoyed what you just listened to, spread the fire and share with your friends! #PoohShiesty #ShiestySeason