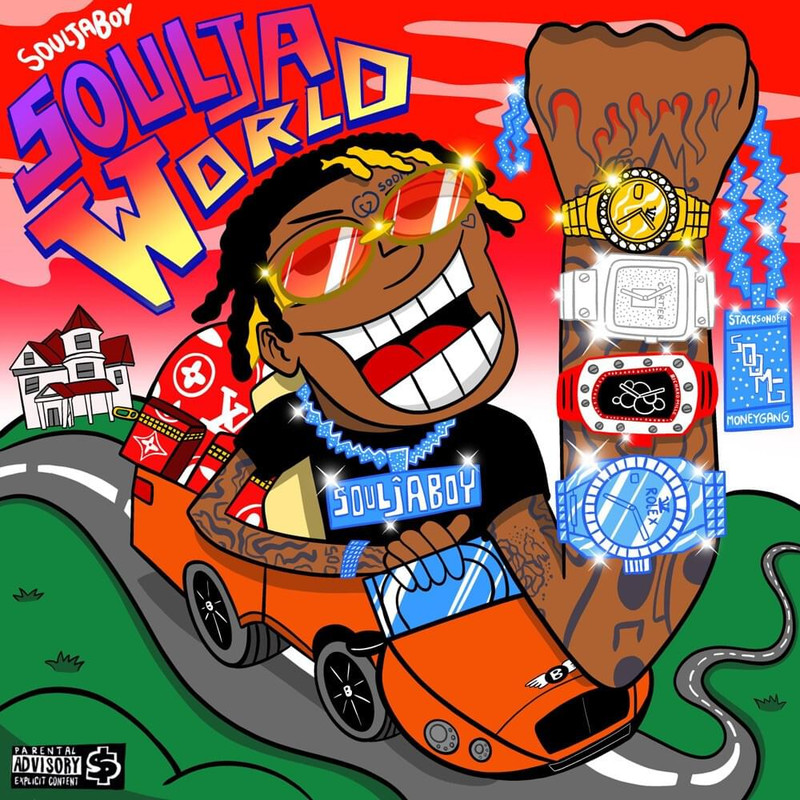 Soulja Boy returns with his 2021 album titled "Soulja World", have you purchased or streamed it yet?

The album consists of 14 tracks with a run time of approximately 24 minutes. Soulja Boy’s Soulja World was released earlier this moth (February) 2021 under SODMG Records. With only 1 feature from Lil B on this album, Soulja Boy was feeling confident with his 2021 music. I can’t lie, sure the songs were short, but he had some fire on this album. Songs such as 30 Missed Calls, Sections, Whip Like This, Laugh At The Opps and Pandemic (Watch music video on SOTD). Those are just our picks, what songs are you playing off Soulja World?

download or stream Soulja Boy’s Soulja World below. Don’t forget to follow/subscribe to the artists and share this album on your social networks with your friends.