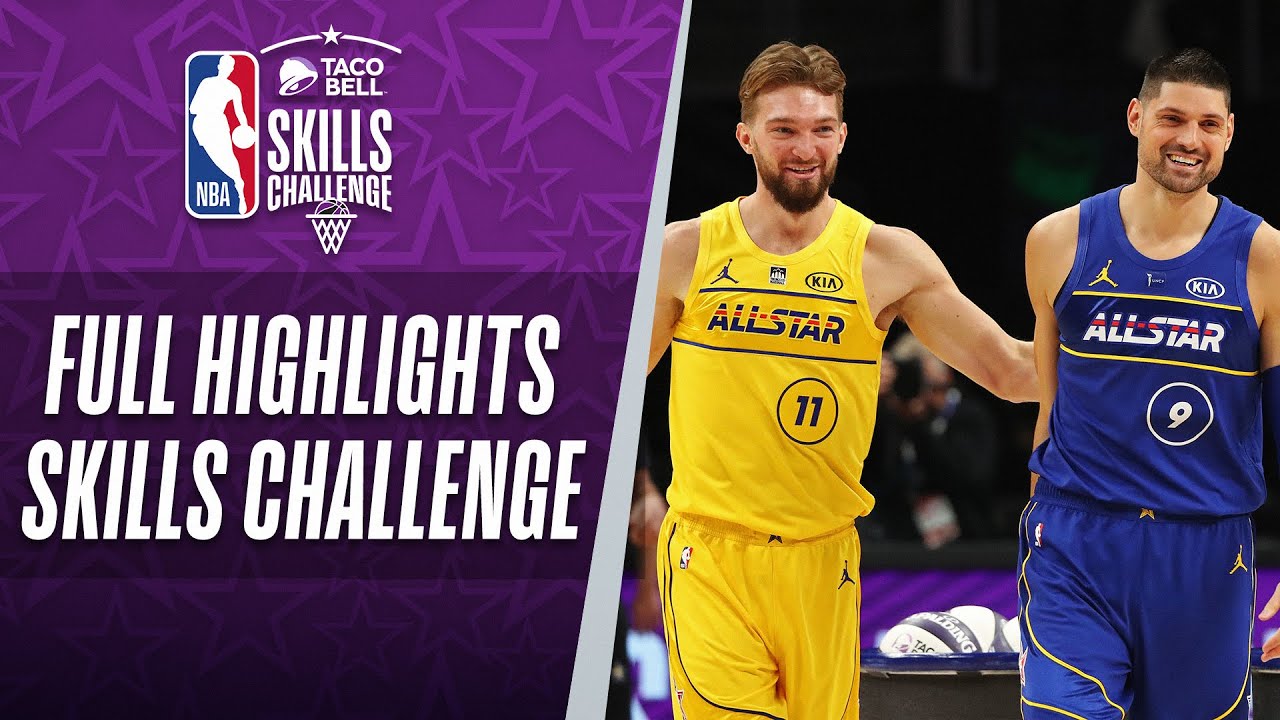 For the NBA fans and supporters, ya’ll can skip all this context and go straight to the video highlights below. For others who may not be familiar with the NBA Skills challenge, or our international supporters, read below to get a quick breakdown of what it’s all about.

The NBA Skills Challenge (officially named The Taco Bell Skills Challenge), is a NBA contest held before the annual All-Star Game as part of the All-Star Weekend. The skills challenge started back in 2003, it’s a competition testing ball-handling, passing and shooting ability. Two players race against each other on identical courses by dribbling between five obstacles while running down the court. Then, the player tests his passing accuracy, followed by dribbling back the full length of the court for a lay up. It’s a definite test of skills with the match ending when the first player hits the three pointer.

Okay, now that we’re all caught up, check out the full hightlights from the NBA 2021 All-Star weekend #TacoBellSkills Challenge. This was not the first time Domantas Sabonis has gone to the finals, in 2020  he lost to Bam Adebayo. Watch as Domantas Sabonis returns to the finals and defeats Nikola Vucevic to become the current champion.